My Peep is a FLAKE

So, I has been struggling with this post all week.  Not because of lack of ideas.....butt because I decided I need to pare down my narrative to a manageble and readable length.  Truth is, a post about my momma's flakiness could easily resemble da novel, War & Peace, if I don't do some serious editing.

Some of the flakes that I have edited out (i.e. her crazy possum encounters, her Wally Marte issues, etc etc etc) because they have been addressed previously on this bloggie.  And I thinks you will easily get the idea, from the examples to follow:

I  present two sample little snippets for your reading pleasure.  Think of this as the Cliff Notes of Flakiness. 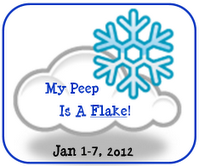 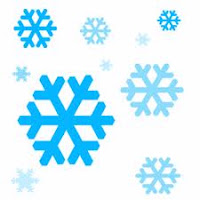 Example A:
There was the night (pretty long ago.....so you know the flakiness is NOT a recent development) her called our Uncle Chris in utter panic, because (angel sissie) Runway was having a most terrible allergic reaction to 'flea sprays'.   Her called him right up, and was in total hystericals and crying and going on and on like..
"What should I do??? What should I do??? Can you help?? Can you Help?? "
Now, this may not seem so flakey on da surface............the flakey part was that my momma lives in Houston, Texas and her was calling up our Uncle Chris while he was living in Saudi Arabia!  The man was about 8000 miles away, with a 9 hour time difference!!!!
If her had her head on straight, her just might have come up with someone a little more local to assist her.   Sigh.

Example B:
Prolly the most flakey thing about my momma is her "issue" with Dog Names.
Her is very particular about  our names and always wants to be sure that our name suits us just perfectly.   Again, this may sound like a normal thing........butt, in many instances, her has taken this to a truly flakey level.

(her has been tempted to change it again, in the past couple years, butt everyone refused to call him anything different)   Poor Rooney.   He has previously gone to da Vet office, only to find his last visit he was listed under a different name!!!   sigh.

Holee Molee, girl! You got some big problems dere....What be your name today?

Seeeeee...dat is why you should haves your vet's number...and home number on speed dial like us has.
I almost choked AGAIN when I read he was in Saudi Arabia.

Oh and dis is why I loves your mom so much...her is likes my mum. I knews dis was gonna be a doozy of a post.

Does your mom makes possum ka-bobs by any chance?

Saudi Arabia, bawhahahahaha! Heck, she could have used my magic pillow to fly him home to Houston. Bawhahahahahaha!

And you know, my mom shares her possum phobia. One of the best things about our new house is - NO POSSUMS! Or at least, we haven't seen any yet!

OH YES... THIS post is destined to become a CLASSIC fur SURE! And you didn't even mention the "NOT fur _____'s Eyes Only" Button she looked fur. BUTT at least the Wally Marte Issue came up.

OH GIRRRRRRRL I am SOOOOOOOOOOO glad you are back where you are so LOVED.

I have you down fur the Prize Pressie Drawing.
Perhaps if you win.. we will change the pressie to one of those books that lists 87 bazillion NAMES.. THAT would keep her outta your furs fur MONTHS. I'm just sayin

Anyways, nows dat I has regained my composure. Surely your mom has seen da prebaked one at Walgreen's...you knows where her buys her glasses by da box full.

Tee Heee - Cuz Minna - Dad believes your momma is most definitely in line with winning the Flakey Prize... He laughed when he was tryin' to "splain to us about the Saudi Arabia call - He said you didn't tell the WHOLE story... or that that was one of several call when he was in the Kingdom - something about hair and hiding from clients - he snorted so much he had to quit talking.....

hey Minna K!
Wow, what a great Flake post! Your Mom's got it happening fur sure. I agree that calling someone a weeeee bit closer would have helped and I love the name game thing. You guys must all have identity issues! BOL. Thanks for sharing the chuckle and you are in our drawing.
Grr and Woof,
Sarge, COP

OMD! OMD! So wot you be telling me is that mebbe yesterday you woz Minna Krebs, today sumbuddy different and tomorrow sumbuddy else? Now I won't know who I is woofing at no mores. OMD, the flakiness of it all! Tell you wot - do a "scratch and sniff" in your bloggie header coz then us dogs will all know fur sure who we be dealing in spite of our flaky peeps. They mite mess with our minds but there be no messing with our snooters!

Oh my word! BOL we wish you all the luck in the world
Benny & Lily

Oh geez! I couldn't narrow my mom's flakiness down to fit in a post... when I tried, it told me my post was too long, so I divided it into 5 posts and each post was STILL too long, so I scratched myself from the contest for having a too flakey mom.
-Corbin

She is definitely 'name challenged' and a flake.

Hell-O Miss Ellie May, My goodness you remind me soooooooooooooooooo much of my long lost wonderful furend Minna Krebs.
I'm just practicin' fur when your mom has ANOTHER Brain PHARRRRRRRRRRRRRRRRRRT. I'm Just sayin.

Ummm, yeah...that's why I haven't let the chi's pawticipate in this -- they have waaaaaaaaaaay too many stories on me that don't need to get out. bol I'd be editing their stories furever!!!

I thought about changing Chico's name but he has papers and that's his official name (well, pawt of it!) so I decided to just leave it as is. Not sure what I'd have named him. Shiver was going to be Avery but Shiver really does fit him better.

I had a good laugh reading your post!
Very flakey!
Kisses and hugs
Lorenza

OMD! I am laughin too much! Roony went to the vets office and he was listed under one of his previous names?! Hilarious! And she gives you 'practice' names? BOL! OMD! Y'all must have some Sybil ish traits by now Hardy Har Har. Um..I have a comfy couch in case you feel the need to talk about this. I take milk bones fur payment ;)

Waggin at ya,
Roo

I knew poor Rooney's name was going to come up! I don't understand how none of you have an identity crisis of the highest nature! Your mom is practically an advertisement for Head and Shoulders!

What happened to our comment? Our Flake musta forgot to hit publish. Can ya hear our Mommy from your house. She says she can hear your Mom.
GO TEXANS GO!!!!

We have come to the conclusion....that most peeps are flakes!

oh my goodness how these stories have made us chuckle. we almost choked on our kibbles laughing to hard. your momma sure sounds flaky but also very sweet. you have to love these humans even if they are a little special.